Shout Out to OJW, Huey and Others... 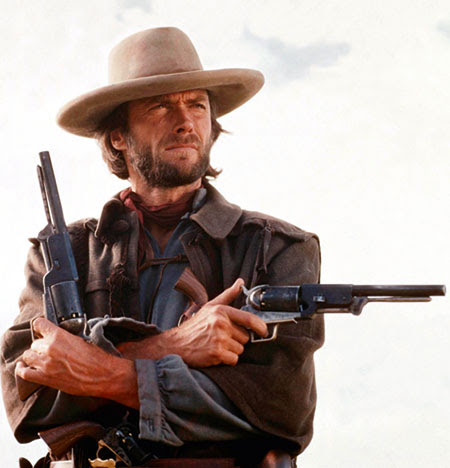 Folks familiar with the Huey board will know him as the Outlaw Josey Wales (great movie by the way).  His new age name has been shortened to OJW, or as I prefer to call him OJ Dub.  Anyhow, in recent years this great man has opened his home up to complete strangers to talk about the game you can tell he dearly loves.  Most of us that go are young, in our 30's or so, while OJW has been coaching football since Moby Dick was a minnow.  He's the group historian.  He gives us perspective as we are discussing packaged plays, the read option and Wide Stinger 5 Jam Lock on the grease board.  He reminds us where this game has come from, when we pull up Hudl, there's the friendly reminder of 8mm film and film cans.  He may not know it, but for all of us in this little football clique, he gives us perspective.  He keeps us grounded and allows us to remember our roots.

The reason I'm writing this little blurb, is that there are only a handful of folks in this world that would open up their houses to complete strangers, feed them like kings and provide fellowship that makes the 12 month wait to do it again seem like an eternity.  We have fun, laugh, joke, get valuable information and add to our already growing waistlines in the process.  All of us that attend our little "mini-clinic" generally take something away from it.  What's really cool, is it's just some dudes talkin' ball.  There's no agenda, there's no "pound-my-chest my system is the shit" type attitude.  There is really good dialogue that I have truly benefited from.

The point to all this is, you don't have to pay the big bucks to go to a Glazier, or Nike clinic (although there's nothing at ALL wrong with those clinics) to learn football.  The Internet and 10 years of the Huey board has brought many coaches together who might not otherwise have known each other.  I have met these other coaches for various reasons from helping them attack the flexbone offense to needing help stopping the wing-t and needing help starting my blog.  It all ended up leading us to a small town in North Central Florida where we've started a bit of tradition of meeting every year around the holidays.  It has truly been great due to sites like Coach Huey.

I joined the Huey board around 2005.  I enjoy talking ball and his site was a way to do that.  Little did I know it was going to be like a self help seminar!  I really honed my learning of the Under front, learned LB reads, the TCU 4-2-5, helped coaches defend certain offenses, got help defending offenses, got job advice, and gave job advice.  In all, the Huey board without a doubt has made me a much better coach.  Keep up the good work my man, I know I really appreciate it.

Some others that deserve shout outs on the board, are:

I'm sure there are many more, but the little "mini-clinic" got me to thinking about good people and what they mean to me, the game and this world.  I figured it was high time these folks knew what they had contributed to and how they'd helped me over the years.  Why not start off 2015 by thanking those around you that have helped you along the way.  I'm sure I've missed some, I don't know if my fingers could stand typing them all out, nor does Blogger have enough bandwidth to support a post like that.  Anyways, my start to 2015 is with a hearty "thank you".

Duece
A galaxy far far away....
I'm a football coach at heart...what more do you need to know! Need to contact me? Email me at footballislifeblog@yahoo.com, or @theduece02 on Twitter!